Welcome to week 2 of the Ultimate 80s Blogathon! If you missed any of the posts from last week, check out the list of entries here.  Next up is Marta from Ramblings of a Cinefile with her review of George Miller’s classic Mad Max 2: The Road Warrior.  If for some reason you don’t follow Marta already, go give her site a look.  She reviews all kinds of films and television shows and posts quotes that puts my Movie Quote of the Week to shame.  But enough about my babbling, here is Marta’s review. 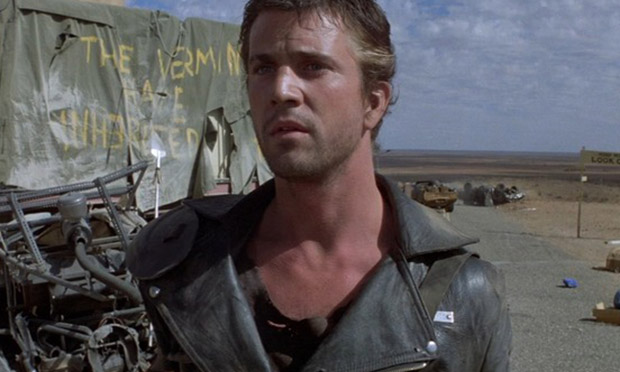 One of the first post­apocalyptic films of the 1980s, Mad Max 2 (or The Road Warrior) has, very quickly, risen to the status of cult classic with his taciturn anti­hero (a strong reminder of the Man with No Name from Leone’s Dollars Trilogy) and its bleak, vast landscapes of the Australian outback, perfect setting to show a world in what looks like the aftermath of a global (nuclear?) war.

A cynical drifter with a tragic past (known from the first film of the series), Max roams the desolate and bare land with his scarred V­8 Pursuit Special, scavenging for food, water and gasoline. He clashes with a band of savage marauders led by a charismatic (and now iconic) villain, Lord Humungus, and ends up helping a group of settlers to escape the wasteland and said marauders, rediscovering his humanity in the process. This is an archetypal western frontier story but what makes it unique is the skillful combination of fast-­paced, tightly edited, violent battle and chase scenes with sparing use of dialogue and stunning visuals. The costume and car design are brilliant: punk-mohawked, leather bondage gear and muscle cars with a futuristic twist; they will be copied and homaged in many movies afterwards.

George Miller gives us a relentless, violent and action-­packed film and Mel Gibson manages to inhabit his character perfectly. This is not a film for the faint­hearted but it is an exhilarating ride that delivers beyond your wildest expectations. It is not only a great action movie but one of the best sequels ever made.