I hope you are have a great end of the year. 2018 has sure felt like it lasted forever. Do you remember that the winter Olympics was this year? That feels like so long ago! I can’t remember half of the stuff that has happened this year. However, learning about everything that happened this year is not why you’re here. You’re here to learn about what happened on Drew’s Movie Reviews this year. But before I start talking about DMR in 2018, here are some of my blogs stats from this year:

Here are the films I saw at the cinema this year that I thought were GREAT 😀 :

Here are the films I saw at the cinema this year that I thought were GOOD 🙂 :

Here are the films I saw at the cinema this year that I thought were OK 😐 :

Considering how popular my blogathons are, it’s unsurprising that my two blogathon announcement posts are in the top spot for views and 2 and 3 spots for comments. And considering how much conversation my 1000th spectacular prompted, I’m not surprised to see that up there as well. My Jumanji: Welcome to the Jungle was my first review of the year so it had literally the entire year to accumulate views. And seeing how big of a movie Avengers: Infinity War was, I’m glad to see that it ended up being one of my highest viewed posts. There were no surprises in views from my country views other than India breaking into the top 5 from just top 10 in previous years.

In 2018, DMR went on a sudo-heitus. Life got in the way and I ended up living further away from work than normal for a few months, which resulted in me getting home later. And by the time I got home, made dinner, and took care of my dogs, I didn’t feel much like writing. I say “sudo-heitus” because while I didn’t post any reviews, and even didn’t post any Movie Whose Line for a month or more, I still was around, posting Trailer Round-Ups and visiting your lovely websites. This lack of content is reflected in my number of posts this year and number of movies in my list of great movies from cinemas this year. I appreciate your understanding that sometimes things happen in life that affects what goes on here.

Early in 2018, I brought DMR onto social media! If you haven’t already, you can follow Drew’s Movie Reviews on Facebook and @DrewToTheFuture on Twitter. I know I haven’t made the most efficient use of the social media sites for this blog this last year. Hopefully, I can do more with them in 2019 and make your follows more worthwhile.

Kim and I once again hosted the Ultimate Decades Blogathon, this time highlighting the 1970s. And once again, it was a ton of fun with a ton of participation. I know I’ve said it many times, but thank you Kim for hosting that with me! If you want to go back and look at any of the entries, you can check them out here. My other annual blogathon, the Christmas in July Blogathon, also had a great turn out. This seems to be a favorite blogathon for the participants so it’s fantastic to hear them express as much. Although, I think inviting celebrity guests to our imaginary party has something to do with it. 😉 To see those entries, or to see who was invited to our party, you can check all that out here.

Like the past few years, I have been a guest on several podcast episodes. Back in February, I was on Talking Stars, previewing Black Panther, as well as discussing stand alone superhero movies, with Damien, Darren, and Kira. You can find that episode over at Talking Stars Podcast here. And speaking of Damien, I appeared on his personal podcast, The Damien Riley Podcast, later in the year, which I totally forgot to mention anywhere on this blog (sorry Damien!!). We had this fun challenge to make each other watch movies from a genre we were each unfamiliar with. Damien challenged me to watch three horror films: Train to Busan, You’re Next, and Hush. Meanwhile, I challenged Damien with watching three superhero films: Dredd, Watchmen, and Spider-Man 2. What did we think of our challenge movies? Go check out the episode of the Damien Riley Podcast here to find out. Curt and I tried to record an episode for his Film Focus podcast but due to scheduling conflicts, it didn’t happen. Fingers crossed that you’ll see me show up there again in 2019.

A more stealthy change I made to this blog was I stop referring to my shorter reviews as “Lightning Reviews.” That change might have been hard to see since there was a solid 6 months were I didn’t post any reviews. Also, I didn’t explicitly state it anywhere until now. I stopped adding that label because I didn’t feel it was necessary to make a distinction between my long and short reviews. The original idea behind that label was to quickly write a review that only included a quick peek at my thoughts and feelings of a film. Or to be more honest, as a way to cover up that I didn’t have as much to say on a film. In the time since I first started writing lightning reviews, I’ve learned that sometimes I’ll have more to say and sometimes I’ll have less to say on certain films and there is no real reason to have an explanation for why some reviews are long and some are short. As a result, i just got rid of the distinction entirely.

Over the summer (winter for my friends on the other side of the equator), I hit two major site milestones. First, was my fifth year blogiversary! Due to the aforementioned sudo-heitus, I didn’t actually celebrate it until November. To celebrate this milestone, I asked several of my blogging friends for movie recommendations. They delivered and gave me a films from a wide range of genres. Thanks to all of you who gave me recommendations to help me celebrate my special blogiversary. To see who participated and their recommendations, check out my Anniversary Celebration 5 conclusion.

The other major milestone I hit was my 1000th post! There was some silver lining that came from my long sudo-heitus; If I had been maintaining my regular posting schedule, chances are my 1000th post wouldn’t have been the free form post that it was. It would have either been A) some random post that I wouldn’t have noticed was my 1000th post until too late, or B) a simple thank you post. Instead, I read a post talking about the negative side Star Wars fandom and was inspired to write my own post about the negative side of fandoms in general and the timing was perfect to make it the monumentous post. As you can see by the stats at the top of this article, it became a popular post. Besides being popular for my readers, it is one of my favorite posts I have written on this blog in a long time. I don’t normally stray too much from reviews on this site because I have a hard time writing free form posts and don’t feel my writing style is suited for that kind of post. However, given how well I think it turned out and how well received it was, I may look at doing more free form posts like that in the future.

Finally, I want to give a huge thank you to you, my readers. Despite the lack of content this year, you have continuously supported me with your views, likes, and comments. I’m happy to be a part of this blogging community. You are all the best. 😀

Have a happy new year! 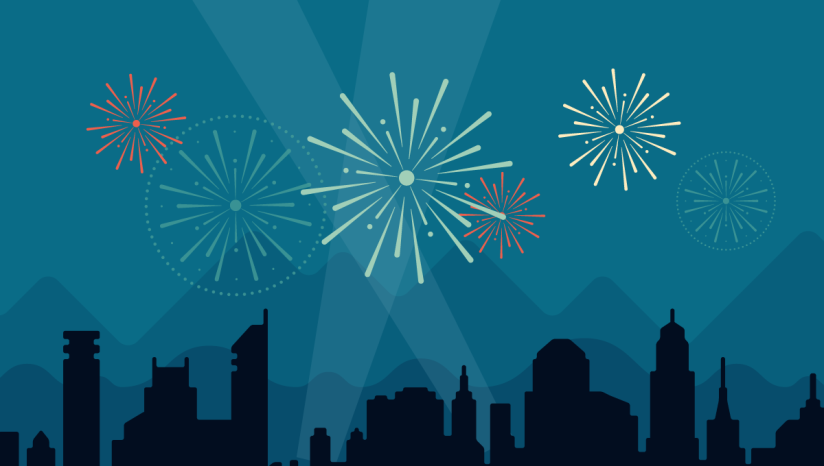