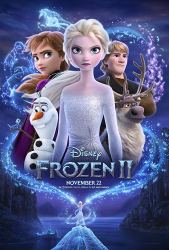 As you might have heard, Frozen II released a few weeks ago and has done quite well at the box office. You can check out my review of it here. In the time since watching this movie in the theater, I have seen several people do their own ranking of the songs from the film and thought to myself, “what a great idea!” Honestly, I can’t believe I haven’t thought before to this myself, either with Disney’s latest animated feature or any of their others. Well it is time to remedy that!

Below is my ranking of the seven songs from Frozen II. In this list, I am not including the Panic! at the Disco, Kacey Musgraves, or Weezer versions of the songs, nor am I including “Reindeer(s) Are Better Than People (Cont.)” since it’s only 30 seconds long and it is really just an intro/prelude to “Lost in the Woods.” I have linked each song title to a video of the song on YouTube so you can check them out for yourself, after you’re done reading the full list here of course!

Alright, enough chit-chat. Onto the rankings! 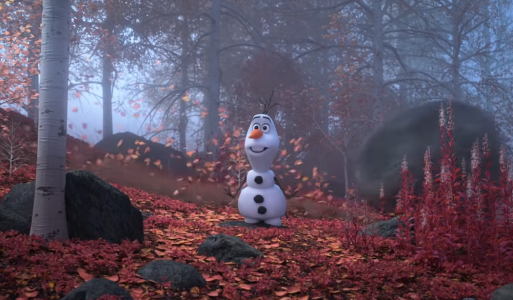 I’m not exactly sure what it is about Olaf’s song this time around, it has a similar tune and naivete as his song “In Summer” from Frozen, but I am not as entranced by “When I am Older.” It’s fun and it’s whimsical but it doesn’t have the same foot tapping potential as “In Summer.”

6) The Next Right Thing 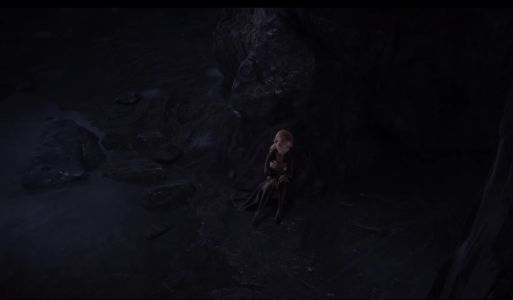 I appreciate the message of “The Next Right Thing;” it’s about getting up, dusting yourself off, and moving forward when you are at a low point. However, I haven’t found the song to be one that I find myself randomly start singing like I do some of the other songs on this list. So to recap: great message, not a catchy melody. 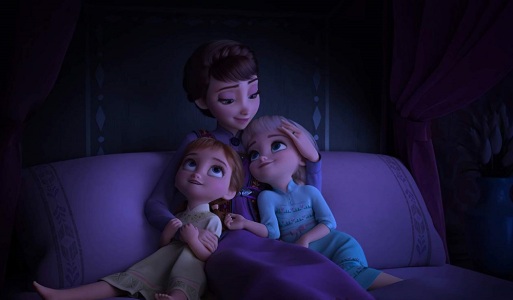 Like “Frozen Heart” from Frozen, “All Is Found” foreshadows the events of the film. It’s a sweet lullaby sung by Anna and Elsa’s mother, Queen Iduna, voiced by Evan Rachel Wood. As an opener, I’d say it is a little better than “Frozen Heart.” I can see many parents singing this song to their young children while lying them down to bed. 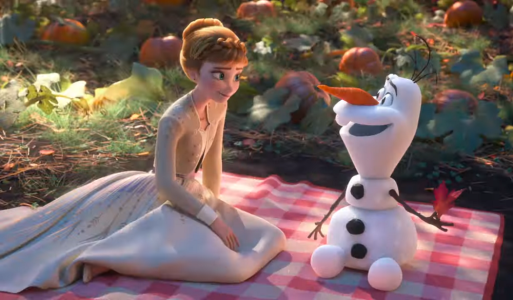 “Some Things Never Change” feels the most like the songs from Frozen than all the other songs on this list, which is one of the reasons it is smack dab in the middle of the ranking. There is a nice beat and it feels ripe for Disney’s sing-a-long treatment. Every major character gets at least a few lines to showcase their talents before their own numbers later in the film.

3) Lost in the Woods

In the theater, “Lost in the Woods” had me nearly crying from laughter. Lyrically, it’s actually sweet. The song is a rock ballad, reminiscent of something you might have heard in the 80s. The film goes all in on that angle, too, with the sequence. I give credit to Disney and the directors because this one is definitely for the parents who have to endure watching the film with their young children. 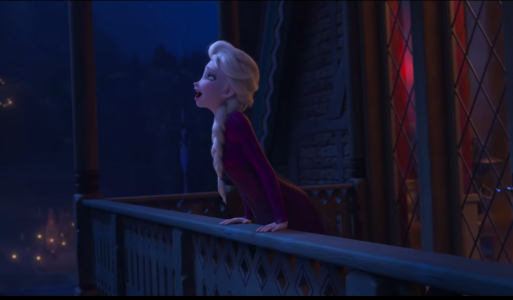 I think “Into the Unknown” is expected to be Frozen II‘s “Let It Go.” It was the first have the in-film sequence and already has a multi-language version released online, just like “Let It Go.” Once again, Idina Menzel proves that she is an incredible powerhouse of a singer. While “Into the Unknown” is not quite the anthem that “Let it Go” has become, it is still amazing to both listen to and watch. 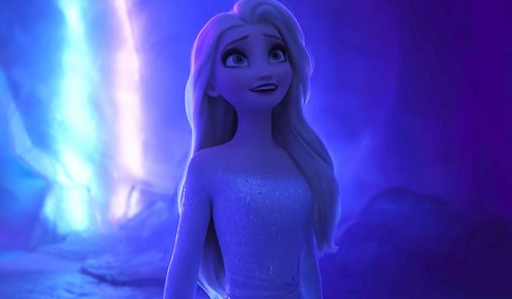 Even after listening to “Show Yourself” many, many times, I still get emotional. Visually, be the best looking sequence in the entire film. However, it is during this song that Elsa finally becomes who she was meant to be since where we met her in Frozen. Throughout both movies, Elsa feels like she is an outsider; like she belongs somewhere else. During this song is when she finds what she has been looking for for two films. On my Disney playlist, I have “Let it Go” and “Show Yourself” back-to-back because these two go together thematically. Songwriters Kristen Anderson-Lopez and Robert Lopez most popular song might be “Let it Go” but “Show Yourself” is their most powerful.

2 thoughts on “Ranking the Songs Of Frozen II”