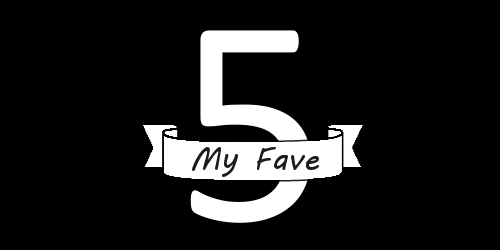 Ah, February.  Home of Valentine’s Day, the day you spend with that someone special.  But that “special someone” isn’t necessarily always a significant other.  Your other half might possibly be your best friend. There are plenty of inseparable friends to be found in film.  Buddy cop films have some of the most memorable pairs in cinematic history.  Whether they were friends at the start of the movie or forced to work together, they are always the best of friends at the the end.  We realize they are two peas in a pod and they wouldn’t be the same without each other. In the spirit of love and friendship, here are my five favorite buddy cop films.

Marcus (Martin Lawrence) and Mike (Will Smith) are long-time friends by the time we meet them at the beginning of Bad Boys.  Their friendship is without question, which is easily sold by the chemistry of the two leads.  Throughout the first film, we see how close they really are.  Even though their relationship is on the rocks in Bad Boys II, they clearly still have each others’ backs, as evident by the scene when Marcus’ daughter’s boyfriend comes by for a visit.  If the characters aren’t cool enough for you, these films are tried and true popcorn action flicks, very reminiscent of the classic 80s buddy cop films.  These are the type of films you can just sit back and enjoy.

End of Watch might be the most realistic buddy cop film on this list. End of Watch follows Brian Taylor (Jake Gyllenhaal) and Mike Zavala (Michael Pena), two beat cops in Los Angeles in a documentary style.  Despite the found-footage-esque camera style, the action is still very tight and crisp.  Normally I’m not a huge fan of it but it is well done and works for the story.  Also through this technique, the friendship can really be felt between Brian and Mike.  From patrolling in their squad car, to making a drug bust, to their home lives and everything in between.  Their friendship is displayed so well that the ending comes as a punch to the gut.

Based on a TV series from the 80s, Schmidt (Jonah Hill) and Jenko (Channing Tatum) are tasked with bringing down a drug dealer by infiltrating a high school… as students.  Schmidt and Jenko start on opposite sides of the popularity ladder but become extremely close friends, almost inseparable.  One of my favorite scenes from the series is when the pair is talking to the counselor in 22 Jump Street about their relationship, where they sound like a married couple. The whole premise of the series is to parody reboots and sequels, to which it does a fantastic job, including many tongue-in-cheek jokes clearly aimed at said reboots and sequels. In the current day and age of Hollywood, it’s nice to see films that can poke fun at themselves.

When I first went to see The Heat, I didn’t expect to fall in love with it as much as I have.  Sarah Ashburn (Sandra Bullock) and Shannon Mullins (Melissa McCarthy) come from complete opposite sides of the spectrum.  Ashburn is a very by the book FBI agent and Mullins is more of a do-anything-to-get-the-job-done detective.  Although this dynamic has been done many times before this film came out, Bullock and McCarthy make it feel fun and refreshing.  The two comediennes show that they can kick ass with the best of any 80s action male duo.

The best buddy cop films start with the two leads at odds with each other.  Roger Murtaugh (Danny Glover) is a sergeant in the LAPD about to retire when he is forced to work with Martin Riggs (Mel Gibson), a seemingly insane narcotics officer of the LAPD.  Riggs and Murtaugh are absolutely nothing alike, at least they seem that way at first.  Although they are at each others throats in the beginning, they become very close friends.  Together they stop drug smugglers, weapon smugglers, and illegal immigrant smugglers.  They dealt with a lot of smugglers.  Lethal Weapon shows what a buddy cop film can be at the genre’s best.

What are some of your favorite buddy cop films?

Official Synopsis: After making their way through high school (twice), big changes are in store for officers Schmidt (Jonah Hill) and Jenko (Channing Tatum) when they go deep undercover at a local college. But when Jenko meets a kindred spirit on the football team, and Schmidt infiltrates the bohemian art major scene, they begin to question their partnership. Now they don’t have to just crack the case – they have to figure out if they can have a mature relationship. If these two overgrown adolescents can grow from freshmen into real men, college might be the best thing that ever happened to them.

21 Jump Street was a surprise hit for me.  Channing Tatum and Jonah Hill had good chemistry, so any time to see them on screen together, I’m in.  It looks like a lot of the humor that made the first one so enjoyable is still there, which is a good sign.  One of the ongoing gags was Hill and Tatum looked too old for high school, and that gag continues here as well.  But I’m not sure if it will hold up the way it did before.  In any case, I’m looking forward to seeing this next summer.