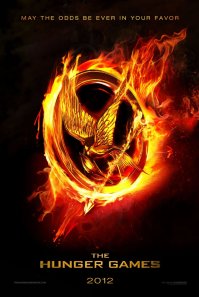 Synopsis
74 years after a failed rebellion, Panem’s twelve districts must send one boy and one girl to the Capitol for the annual Hunger Games. In the Hunger Games, the “tributes” must fight to the death until only one remains standing. When Primrose Everdeen (Willow Shields) get selected, her sister, Katniss (Jenifer Lawrence), volunteers to take her place. Along with Peeta Mellark (Josh Hutcherson), Katniss travels to the Capitol to prepare to fight for her life.

Review
Apparently 2012 was the year of the archer. It produced The Avengers, Brave, and The Hunger Games. I’m not complaining, they were all really good, and two of which gave us great female characters in Katniss and Merida. But Katniss is definitely my favorite out of the two (and I would be lying if I said Jenifer Lawrence wasn’t a part of it). The Hunger Games delivers a great first entry in a franchise that could potentially be the next successful franchise in the same vein as the Harry Potter series.

The casting was spot on. Lawrence is the perfect fit for Katniss. She is able to balance being a strong woman, doing whatever it takes to survive, with a softer, more delicate and caring side. Woody Harrelson’s grizzle fits perfectly with Heymitch’s rough attitude. Despite not having much screen time, my favorite performance was Stanley Tucci as the charismatic TV personality Caeser Flickerman. It feels like it may have been overacted, but I think that is what made it so entertaining.

The Hunger Games introduces a love triangle between Katniss, Peeta, and Gale. It’s obvious in the beginning that Katniss and Gale were together, then Katniss and Peeta shared a few moments (and a kiss) during the games that were broadcast to the twelve districts. The fallout was not seen in this movie, but rather delegated to the sequel. I’m happy that wasn’t dealt with here because I felt the relationship between Katniss and Peeta was one of the movie’s weakest elements.

The pacing varied throughout the film and it took a while for the movie to build up. The first half was Katniss and Peeta getting ready for the games. It was focused on building the characters and explaining about the games. But for the most part, nothing interesting happened. Once the Games actually started is when it really drew me in, especially once Katniss displayed her skills as both an archer and a survivalist.

By the end of the film, I didn’t particularly care for the character of Peeta. Hutcherson did well in the role, bringing Peeta’s charisma on screen, but the character wasn’t appealing to me. He started out alright, but he turned into this love-struck teenager that made him seem weaker than I’m sure he is. I’m hoping that as the franchise grows, so will his character.

During the scenes in the forest during the Games, the camera is a shaky cam, similar to a documentary. This both helped and hurt the movie. It helped because it felt like an episode of Man vs. Wild with the cameras following the characters, like your actually watching the Games on your TV. But at the same time, it got really close, limiting the view on screen. And when the action did rev up, it was hard to focus on what was happening.

The Hunger Games aims to be the next successful book franchise to transition onto the big screen, and it’s off to a good start. Casting was perfect, and the characters, and the world in general, have the potential to become well rounded over the course of the franchise. Other than some off pacing, and an unsteady camera, The Hunger Games kick off the franchise well, but still has room to improve.

For the rest of The Hunger Games series, check out my review for Catching Fire.