Synopsis
Transformers are banned from Earth but keep arriving more and more frequently. Cade Yeager (Mark Wahlberg), on the run and hunted by the authorities for assisting Transformers, comes across a ship containing a Transformer who gifts him a mysterious amulet, which the Decepticons are searching for as well, putting Yeager in their crosshairs. Meanwhile, Optimus Prime (Peter Cullen (voice)) finds his creator who reveals to him a way to save his dying planet: destroy planet Earth.

Review
I’ll let you in on something: I am somewhat of a sentimental person. Having grown up with several Transformers television series over the years, my childhood friend and I have made it a tradition to see the Transformer films together. We go no matter what because it has become a tradition that neither one of us wants to break. Regardless of the quality, we go anyway, for better or for worse. This time, it might have been more towards the latter.

… Oh, were you expecting more? Because that’s about all the nice things I have to say about this film. I could say that the young Isabela Moner, as Izabella, was great. For such a young actress, she was tough, she was believable, and she was emotional. However, she was criminally underused. Izabella is a mechanic like Cade (Mark Wahlberg) and could of become like a second daughter to him since his actual daughter didn’t make an appearance in the film. There could have been an existent emotional connection between characters or, you know, a plot that actually had some emotion to it. But who wants that when there are explosions!?

The Last Knight shares many of the pacing problems as Age of Extinction. It moves along at such a breakneck pace that there is no time to settle down. For as much explosions and action and giant robot fights were happening on screen, I was… bored. I never thought I would find myself using that sentence to describe an action movie but there it is. My buddy told me after we left the theater that he almost dozed off once or twice. I honestly didn’t go in with high hopes after the last film in the series but I also didn’t expect to just stare at the screen blankly, not really giving a shit.

It also amazes me how much they are ignoring their own continuity. The story is becoming like the X-Men franchise with such a confusing and convoluted continuity. Now, I am a guy who likes a nice clean continuity (which sometimes drives me up a wall when dealing with comic book continuity), and the fact that with only five movies the continuity is as big of a mess as it is drives me insane. I’m sure that there are lines that take the characters between the films but they are not made clear in the movie, and like I said, that gets on my nerves.

I thought Transformers: The Last Knight was BAD 😦 I wasn’t expecting any kind of a masterpiece, especially after Age of Extinction, but I have never checked out of a movie so fast. The characters were shallow, no relationships between them were developed, the plot didn’t make any sense, and it moved too quickly to understand where it was going until it got there. Flashy visuals will only get you so far and the Transformers franchise has become an example of that.

Synopsis
Thor (Chris Hemsworth) is the arrogant heir to the throne of Asgard. When his kingdom is invaded by a small group of Frost Giants, he, his brother Loki (Tom Hiddleson) and his friends Volstagg (Ray Stevenson), Hogun (Tadanobu Asano), Fandrall (Josh Dallas), and Sif (Jaimie Alexander) go to the home of the Frost Giants, breaking the fragile peace. As punishment for his actions, the king of Asgard, Odin (Anthony Hopkins), removes Thor’s remarkable powers and banishes him to Earth.

Review
After the more grounded Iron Man and Iron Man 2 and the more “out there” The Incredible Hulk, Marvel released their riskiest film of Phase One in Thor. Where the previous films are more science-fiction, Thor is a full on fantasy. Under the helm of Kenneth Branagh, it worked. I like to see that J. Michael Straczynski helped with the story. At the time, he was the writer of the comic book Thor. Who better to help write the character than the person who eat, sleeps, and breathes Thor? The special effects are hands down the best of Phase One, particularly the sprawling cityscape of Asgard. The only word I can use to describe it is “stunning.” Thor follows a similar formula to Iron Man and The Incredible Hulk where is shows the character’s strength in the beginning. In the previous movies, they showed Tony Stark’s engineering skills and Bruce Banner’s scientific skills. Here it literally showed Thor’s strength, by having him fight a bunch of Frost Giants.

The Frost Giants were minor villains.  Mostly they were used to flesh out one of the best aspects of the movie: Loki, played fantastically by Tom Hiddleston. Hiddleston brings Loki to life, becoming relatable and empathetic. I almost began rooting for him. Chris Hemsworth does great opposite Hiddleston as the titular Thor, too. The connective thread between the Phase One films, Clark Gregg as Agent Coulson, has a few funny moments, which is nice given he isn’t seen very much. Hawkeye makes a cool cameo, but unfortunately he isn’t seen in action. Thor was Marvel’s biggest risk to feel out what their audiences were willing to see, paying off greatly due to breathtaking visuals and two great lead actors, paving the way for Marvel’s more outlandish films several years later.

Also check out my reviews for the other films in Marvel’s Phase 1: Iron Man, The Incredible Hulk, Iron Man 2, Captain America: The First Avenger, and The Avengers.

Answer to 10/22/14 MWL: Hannibal Lecter (Anthony Hopkins) – The Silence of the Lambs 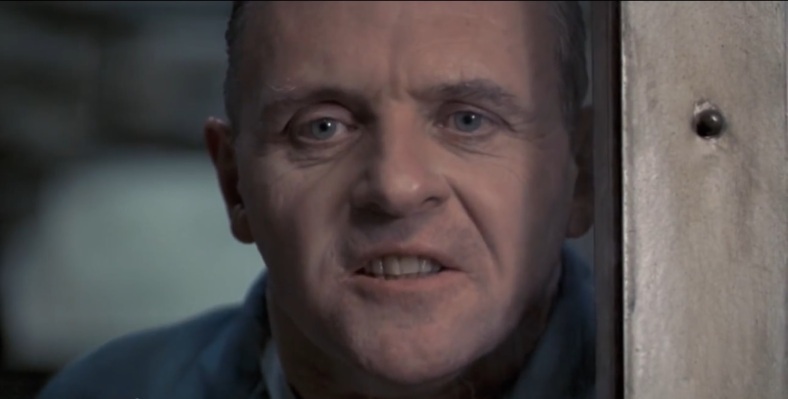 Lecter: You know what you look like to me, with your good bag and your cheap shoes? You look like a rube. A well scrubbed, hustling rube with a little taste. Good nutrition’s given you some length of bone, but you’re not more than one generation from poor white trash, are you, Agent Starling? And that accent you’ve tried so desperately to shed: pure West Virginia. What is your father, dear? Is he a coal miner? Does he stink of the lamp? You know how quickly the boys found you… all those tedious sticky fumblings in the back seats of cars… while you could only dream of getting out… getting anywhere… getting all the way to the FBI.
Starling: You see a lot, Doctor. But are you strong enough to point that high-powered perception at yourself? What about it? Why don’t you – why don’t you look at yourself and write down what you see? Or maybe you’re afraid to.
Lecter: A census taker once tried to test me. I ate his liver with some fava beans and a nice chianti. [Hisses] You fly back to school now, little Starling. Fly, fly, fly. 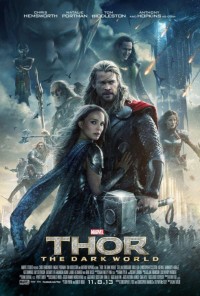 Synopsis
In the aftermath of Loki’s (Tom Hiddleston) treachery, Thor (Chris Hemsworth) returns to Asgard after bringing peace across the Nine Realms. However, Malakith (Christopher Eccleston) and the Dark Elves return after a 5,000 year slumber. They plan to use The Aether, a force older than the Universe itself, to destroy the cosmos and return everything to darkness. Thor must face an enemy that even his father Odin (Anthony Hopkins) can’t withstand, in order to save everything, and everyone, he loves.

Marvel Studios told some great stories in their Phase One slate of movies, culminating in the grand and marvelous The Avengers. But they are really hitting their stride in their Phase Two movies. Thor: The Dark World took cues from The Avengers and is funny yet serious, without becoming comical (in the bad way).

Probably what I like best about Thor 2 is that it develops so many of the characters, particularly Loki. Despite finding out his true heritage as a Frost Giant in Thor, and attacking Earth in The Avengers, we learn there are still people he cares about. Loki has become one of (if not the) best villains in the Marvel Cinematic Universe. He is a multifaceted character that is hard to trust but easy to love.

Anything that comes out of Kat Dennings mouth in this movie is comedy gold. I don’t think she said anything that I didn’t at least chuckle at, let alone laugh out loud. Stellan Skarsgård plays a crazy Erik Selvig perfectly. I think I missed the explanation of why he went coo-coo (It was from his manipulation at the hands of Loki in The Avengers, fyi), but it was an interesting turn for the character that Skarsgård pulled off. Easily, though, the best performance of the film belongs to Tom Hiddleston. It is hard to image anyone else in the role nowadays. Hiddleston has come to embody the character so well.

The action this time is bigger than it was in Thor. The scale of it is somewhere between Thor and The Avengers. Instead of just Asgard, now all of the Nine Realms are in trouble, culminating in a showdown between Thor and Malakith in London. The final showdown looks fantastic. The special effects are well done, especially considering the fight bounces between Earth and the different Realms.

Also check out my reviews for the other films in Marvel’s Phase 2: Iron Man 3, Captain America: The Winter Soldier, Guardians of the Galaxy, The Avengers: Age of Ultron, and Ant-Man.