It’s the moment I’m sure you’ve all been waiting for: my entry in the 2021 Christmas in July Blogathon! As usual, I am wrapping up the blogathon and this year. For the closing entry, I am reviewing a guilty pleasure Christmas film of mine: Jingle All the Way. 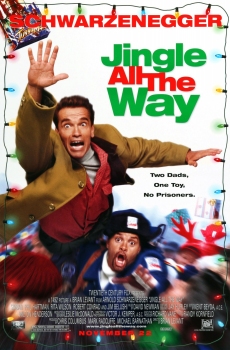 Synopsis
Howard (Arnold Schwarzenegger) sets out to buy his son the popular, and nearly impossible to find, Turbo Man action figure for Christmas.

Review
Do you have a film that you really enjoyed when you were younger, then when you watch it when you’re older you recognize all the flaws in the film but you still enjoy it anyway? That’s Jingle All the Way for me. I’d be lying if I said my enjoyment from this these days didn’t stem from my nostalgia of watching this in my younger years. Watching it now, I can see why it isn’t always regarded in high esteem. But you know what, I don’t care because I have a blast. An action star like Arnold Schwarzenegger going through hell just to buy a toy for his son (Jake Lloyd, aka young Anakin Skywalker) is a recipe for absurd entertainment. The underground Santa Claus counterfeit ring stands out in particular to me. I know it makes no sense but the visuals of the the different statures of the Santas always makes me laugh. Of course, it helps that Schwarzenegger is great here. He is having fun and his scenes with Sinbad are particularly memorable.

In a way, this reminds me of Christmas Vacation. Now before I lose you, I’m not saying this is as good as Christmas Vacation, far from it, but both films take some part of the holiday season and exaggerates it for comedic effect. Christmas Vacation views the extended family coming to visit for the holidays and amps it up. Here, forgetting to buy a specific Christmas present for someone and having to do last minute shopping to find it is something many of us can relate to I’m sure. While what we go through is not as extreme as what Howard (Schwarzenegger) goes through, we can relate to his struggle. And really, relatability is what makes a film enjoyable.

My guest to the holiday party is known more for her television roles than her film roles. She was also featured on my list of five favorite redheaded actresses. Jane Levy is my plus one. 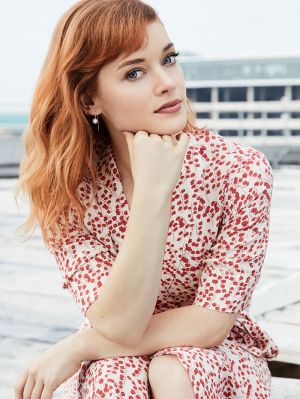 Levy was in two fantastic television series, Suburgatory and most recently Zoey’s Extraordinary Playlist, both of which ended too soon.

And that’s the final entry of the eighth annual Christmas in July Blogathon! Stop by tomorrow for the wrap up post, where I’ll share the full list of entries and final guest list to our imaginary holiday party.

This review was originally posted for MovieRob‘s Sci-Fi-themed Genre Grandeur. 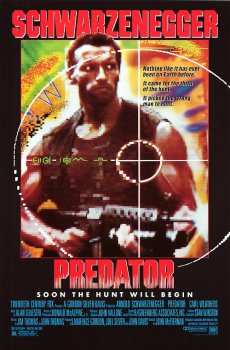 Synopsis
An elite team lead by Dutch (Arnold Schwarzenegger) gets sent into the Central American jungle to locate and rescue an official who is being held hostage by insurgents. They soon realize that someone, or something, is hunting them.

Review
Predator is as simple as an action movie gets. The plot is all explained within the first ten minutes before the team jumps into a helicopter and gets dropped off into the jungle. No time wasted setting up the characters; Just immediately to the action. The movie knows we aren’t here for the characters, we’re here to see the titular creature. And the film takes its time revealing it to us. There is no hint about who the creature is, or that the team is even being hunted, until thirty minutes in. Then the creature doesn’t make it’s full appearance for nearly another forty-five minutes. It was a very Alien-like reveal that worked tremendously well. I really liked that the jungle was used as the environment to show the Predator hunting. It gave the film the chance to show how the creature stalks its prey, much like a great cat. Plus with all the foliage, not only couldn’t the characters see very well, but neither could the audience, creating tension. Since the plot was so simple, the majority of the film was spent on the action. The film could have been about ten or fifteen shorter without a major impact.

I thought Predator was GOOD :-). The simple plot allowed for as much action as possible. However, this also means the film could have been shortened a little without affecting the overall film. The Predator is one of cinema’s greatest creatures and this film shows that a simple action movie can still be a blast.

Also check out my review of the sequel, Predator 2.

Trivia
The original concept for this film originated as a joke. Someone said that the only person Rocky Balboa of the Rocky (1976) series of films had yet to fight was E.T. the Extra-Terrestrial (1982). (From IMDB) 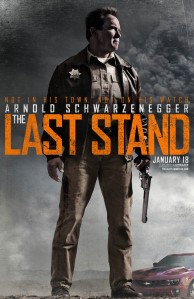 Synopsis
When Gabriel Cortez (Eduardo Noriega) escapes from FBI custody, he makes a break for the US-Mexico border. His escape leads him through Sommerton Junction, Arizona, where the local Sheriff, Ray Owens (Arnold Schwarzenegger) and his inexperienced deputies attempt to prevent his escape while waiting for reinforcements from Agent John Bannister (Forest Whitaker).

Review
So after almost a decade of being out of film, with the exception of a few cameos, Arnold Schwarzenegger is back on the big screen. The Last Stand offers Schwarzenegger a way to get back into the swing of things. It isn’t one of Schwarzenegger’s best movies, but it isn’t one of his worst, either. This movie won’t get any awards for being original, but it brings great action from start to finish.

This film takes it’s time introducing all the characters and setting up the story. However, once the action does start, it is huge. And it doesn’t stop, or even really slow down for that matter. Every scene there is at least one explosion or gunfight (or both). It feels like a modern western.

Schwarzenegger throws out one-liners like he is back in the 1980s again. However, except for a handful, none of them are very memorable. This movie plays on the fact that Schwarzenegger is getting older. Despite being 65-years-old, he is still intimidating as ever. He may still be getting back into movies, but if this is where he is starting, then it bodes well for his future movies.

The supporting cast is excellent in this film. Luis Guzman brings his signature humor to his role as senior deputy. Jamie Alexander is becoming one of my favorite actresses. She has really proven herself in the Thor movies and does great here, too. The stand out supporting cast member is Johnny Knoxville. He doesn’t get much screen time, but when he does show up, he gets some pretty good laughs.

Schwarzenegger does great in his return to the big screen. The Last Stand starts slow, but once the action starts, it doesn’t stop. Schwarzenegger offers up some quips evocative of his films from his 1980s and 1990s heydays. The supporting cast is one of the best and Knoxville had the stand-out performance. The Last Stand is a modern western that puts the pedal to the metal and doesn’t let up. 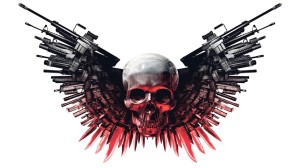 It has been floating around that Kelsey Grammer was in talks to join the already large cast of The Expendables 3.  Recently, Yahoo movies has confirmed that audiences will get to see Grammer in the upcoming installment of the action franchise. 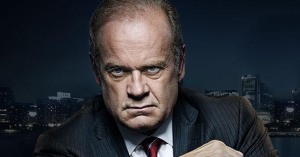 He will play Bonaparete, a retired mercenary recruited by the Expendables.  Originally Nicolas Cage was up for the role, but for whatever reason, that didn’t pan out.  Grammer is an interesting casting choice because he hasn’t had many action roles (I can’t think of any besides X3: The Last Stand).  But I think he will play the part well.  He has many years of experience from sitcoms that will offer much comedic relief.

I’m going to start doing what I call “Lightning Reviews,” along with my normal reviews.  These are going to be quick peeks into my thoughts and feelings about the movie, usually about a paragraph or two.  Now, onto the review! 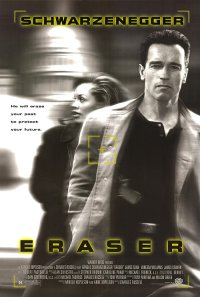 Synopsis
John Kruger (Arnold Schwarzenegger) is a US Marshall who is part of the Federal Witness Protection Program.  His job is to “erase” federal witnesses by removing any trace they ever existed.  When on assignment to protect Lee Cullen (Vanessa Williams), he discovers a mole within the US Marshalls selling high-powered weapons to terrorists. Kruger is framed as the mole and goes on the run to protect Cullen and expose the real traitors.

Review
Eraser isn’t a bad movie, it just isn’t great either. The plot is cookie-cutter, and makes sense as long as you don’t think about it too much (Remember Schwarzenegger getting shot in the arm a few seconds ago? Yea, he can still hang onto an I-beam several stories in the air without a problem).  Schwarzenegger’s one-liners are zingy as always, but his acting is nowhere near is best.  However, Williams’ acting is solid and prevents the film from being completely terrible.  The action sequences were pretty cool.  My favorite scene is a fight between Schwarzenegger and several thugs in an alligator exhibit.  All hell breaks loose when Arnie shoots the alligator tanks and they go on a feeding frenzy.  This is a generic action film that is good to kill an afternoon, but not much more than that.