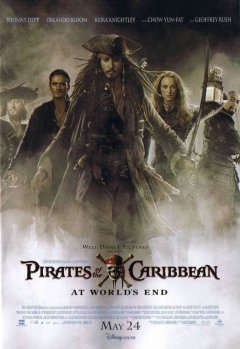 Synopsis
The East India Trading Company, led by the relentless Cutler Beckett (Tom Hollander), along with the immortal Davy Jones (Bill Nighy), are making it difficult to be a pirate on the seven seas. With help from Captain Sao Feng (Yun-Fat Chow), Captain Barbossa (Geoffrey Rush) leads an expedition to retrieve Jack Sparrow (Johnny Depp) from Davy Jones’ Locker for the gathering of the pirate lords.

Review
One of the things I liked about the previous Pirates of the Caribbean films was how they dabbled in the supernatural. At World’s End continues that trend but takes it slightly too far. It just becomes too wrapped in it’s absurdity to stand on the same level as The Curse of the Black Pearl. This film is much more action driven than the previous films, which is part of the cause for the crazy story. As the third installment in the trilogy, it has the benefit of being able to top its predecessors in terms of action. The action is the most intense and dramatic of either The Black Pearl or Dead Man’s Chest. The final fight scene, between Davy Jones’ crew and the pirate lords is one of the largest sequences short of a Michael Bay movie. It is well choreographed and the camera does a good job of keeping the action in frame and is not too jarring or shaky. At World’s End embraces its supernatural elements maybe a little too much, but has some of the biggest and exciting set pieces of the series, so it at least has a decent entertainment value.

Also check out my reviews for The Curse of the Black Pearl, Dead Man’s Chest, and On Stranger Tides. 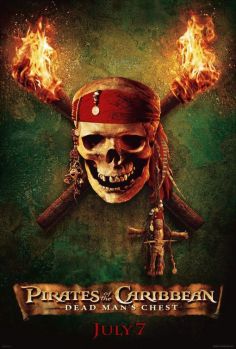 Synopsis
Thirteen years ago, Jack Sparrow (Johnny Depp) made a deal with Davy Jones (Bill Nighy) to raise the Black Pearl from the depths of the sea. Now Jones is looking to collect his debt. Jack, along with Gibbs (Kevin McNally) and the rest of his crew, goes in search of the mysterious Dead Man’s Chest to escape Jones’ wrath. All the while being pursued by Cutler Beckett (Tom Hollander) and the East India Trading Company.

Review
Pirates of the Caribbean: The Curse of the Black Pearl is a difficult film to follow up. Dead Man’s Chest does a decent job but it doesn’t quite reach the height its predecessor does. That’s not to say it’s not good, it just wasn’t as entertaining. I’ve already raved about the core cast members returning from the last film so I won’t talk about them again, but they are marvelous here as well. The most exciting addition to the Pirates universe is the caretaker of dead sailors, Davy Jones.  Bill Nighy did an excellent job with the character’s body language, giving him a creepy walk and jerky body movements.

One of my favorite aspects about The Curse of the Black Pearl was how it drew inspiration from sailor myth as the backdrop for the story. Dead Man’s Chest incorporated more lore into the story, such as Davy Jones’ Locker, Davy Jones himself, and the monstrous sea beast, the Kraken. I don’t know why I like this so much but I think it is great that old maritime legends are such a huge part of these films.

Speaking of Davy Jones, the special effects on him and his crew look phenomenal. The character design of them, how they have become bits and pieces of different sea creatures is unique and very realistic looking. Pirates in films tend to have a very generic look, and so can undead beings, but no two members of Davy Jones’ crew look alike whatsoever. Having all kinds of sea creatures assimilate into the various crew members also offer several comedic opportunities, such as one who loses his head, which happens to be a hermit crab, so he has to coach his body back to him.

Hans Zimmer takes over composing duties from Klaus Badelt and, no surprise, it is amazing. Much of the organ stuff (very technical, I know) is so much fun to listen to and perfectly captures the essence of Davy Jones. He does integrate Badelt’s iconic He’s A Pirate (the main theme from the first Pirates film) but mostly goes in his own direction, creating a fantastic blend of the two styles.

My favorite fight scene was a three way duel between Jack Sparrow, Will Turner, and Edward Norrington. It occurs over a variety of terrains, including the beach, forest, inside an abandoned building, and a water wheel. Dead Man’s Chest was chock full of action pieces like this, making sure it never get too dull.

Dead Man’s Chest does well to expand on the Pirates of the Caribbean universe, bringing in such legends as Davy Jones’ Locker and the Kraken. It’s not quite as entertaining as The Curse of the Black Pearl but it does what every good sequel should do and ups the stakes for the characters, and adding some memorable characters along the way.

Also check out my reviews for The Curse of the Black Pearl, At World’s End, and On Stranger Tides. 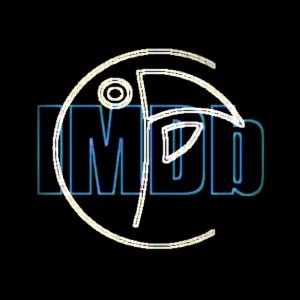 Today’s IMDB Top 250 Guest Review comes from Drew of Drew’s Movie Reviews. Thanks for joining in, Drew! Now let’s see what he has to say about Inception, IMDB rank 14 out of 250…

There are still some movies up for grabs if anyone wants to do a guest IMDB Top 250 review. You can find the list of remaining films HERE. See the full list & links to all the reviews that have already been done HERE. 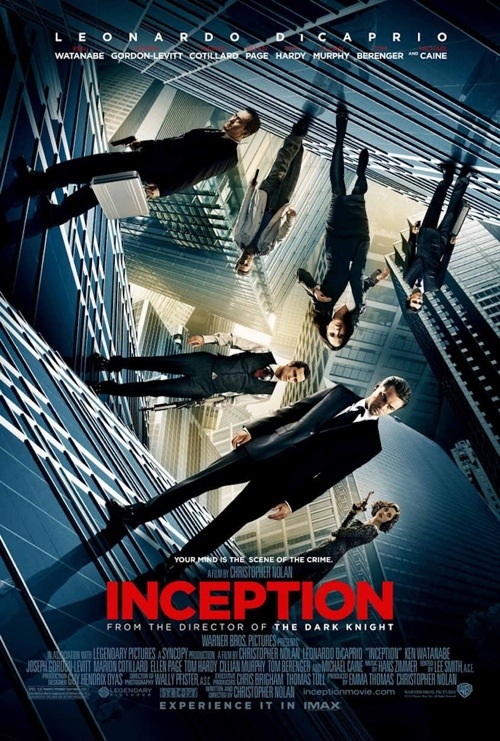 Synopsis
Cobb (Leonardo DiCaprio) and Arthur (Joseph Gordon-Levitt) are “extractors,” a type of thief who enters a target’s dream to steal information. Japanese businessman Saito (Ken Watanabe) hires them and their team to plant an idea inside someones head, or “inception,” a task many consider to be impossible. The target is Robert Fischer (Cillian Murphy), son of Saito’s dying competitor. Arthur tries to refuse the…