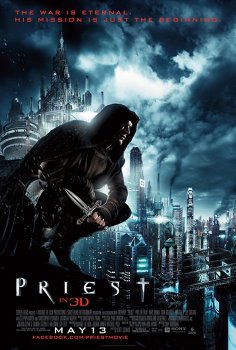 Synopsis
In an apocalyptic future, mankind and vampires were at war. In the war’s aftermath, most of mankind live in giant cities ruled by the church and vampires live in reservations far outside the cities. When one priest’s (Paul Bettany) niece (Lily Collins) gets kidnapped by a group of vampires in the wastelands, he goes against the church’s orders and leaves the city in search of her.

Review
Good action mixed with a good story and good characters can make for great movies. As for Priest, it only has one of those two things. Unfortunately, good action cannot carry a movie alone. The world it creates is an interesting one. It has futuristic elements inside its sprawling cities, western elements in the wastelands, and fantasy elements with the vampires. I rather enjoyed this unique blend because it gave the film its own look and feel. The look overall was hyper-stylized, not as much as something like 300 but similar to maybe Underworld. Given this movie is a loose adaptation of a Korean comic series of the same name by Hyung Min-woo, the style fits in and helps remind you of its roots, like in 300.

Now as I said in the beginning, Priest is a pure action flick. The characters aren’t deep and the story is straightforward and simple. It tries to throw a twist of sorts towards the end but it isn’t anything too dramatic. Paul Bettany as the titular Priest isn’t bad but he isn’t great either. Kind of a middle-of-the-road sort of performance. Maggie Q isn’t given much room to shine as the pretty-much-required love interest that this type of movie has. The best performance comes from Karl Urban as the villain Black Hat. He looked to be one the only one who was actually enjoying his role.

I thought Priest was OK 😐 I like a good popcorn flick as much as the next guy but there wasn’t a lot here to really enjoy. The action is good but it is nothing not seen elsewhere. Thin characters and bare-bones story drag down what the action manages to accomplish. Not the worst movie out there but there are decidingly better options. 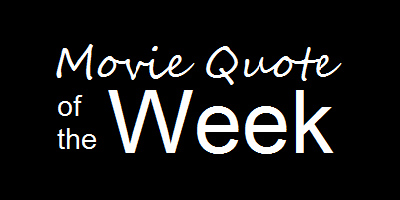 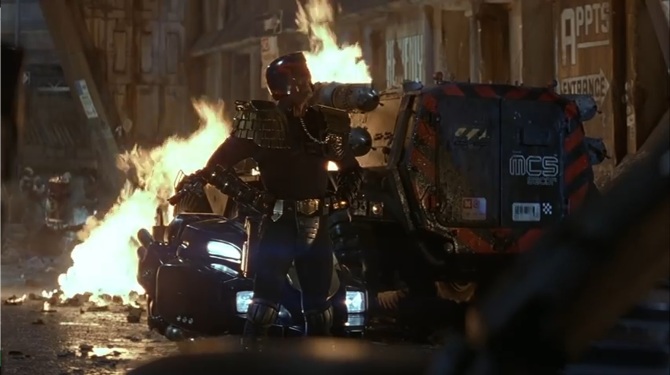 “I am the law! Drop your weapons! These blocks are under arrest!” – Judge Dredd

“In case you people have forgotten, this block operates under the same rules as the rest of this city. Ma-Ma is not the law. I am the law.”-Judge Dredd 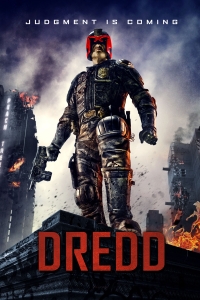 Synopsis
In the future, America is a wasteland and the Human race lives in Mega-City One, a large metropolis spanning along the East Coast from Boston to Washington DC, where violence is rampant. “Judges” are tasked with maintaining order in the chaos as judge, jury, and executioner. Judge Dredd (Karl Urban) and rookie Judge Anderson (Olivia Thirlby) take on Ma-Ma (Lena Headey) and her drug operation in the Peach Trees mega-block.

Review
For those of you who are unfamiliar with the character of Judge Dredd, he appears the British comic book 2000 AD. The first Judge Dredd story appeared in 1977, and since then has developed a rich mythology. Dredd doesn’t try to incorporate much of its source material. Instead, it focuses on the titular character, giving us a brief, but satisfying, glimpse into the dystopian world of Mega-City One.

The plot is simple: Judges Dredd and Anderson are trapped in Peach Trees and must ascend to the top of the building to get to Ma-Ma and lift the lockdown. It really is that straightforward. This simplicity is very beneficial because it allows the narrative to breath and not get bog down by twists or too many details. Instead, the movie focuses on the relationship between Dredd and Anderson, as well as the action and violence (you know, the important stuff).

The thing that stands out the most in this film are the special effects. Slow-motion, coupled with the other CGI effects, make Dredd look absolutely gorgeous (maybe not the most flattering way to describe a gritty movie, but hey, whatever). Several scenes were shot at 4000 frames per second, so you can see pretty much every detail. I don’t have a 3D blu-ray player, nor did I see it in 3D when it was in theaters, but I can only imagine how much that may have actually added to the experience.

Dredd carries an R rating, and takes full advantage of it. The violence can get pretty brutal and has Tarantino-amounts of blood at times. It’s actually comical how much blood is flying around; there were several moments I laughed at the amount of gore. But for some reason, when this satirical violence is combined with the slow-motion, it become something quite elegant. Understanding the violence of the source material and embracing that comic book nature of it really helps this movie from becoming overly serious.

Initially, Urban didn’t strike me as a good fit to play the character of Judge Dredd since it is much grittier than the other roles I have seen him play. But I must say I am pleasantly surprised how well he made the character work. Most of his face is obscured by a helmet, so Urban had to use his mouth to convey any kind of emotion, granted there wasn’t much to convey. He uses a hoarse voice, similar to Christian Bale’s Batman, that really establishes the experience and hard history of the character.

It’s too bad Dredd didn’t do well in theaters because it offered a great introduction into a world that is ripe for exploring. The initial outing focused on Dredd, Anderson, and their relationship. A sequel could expand the mythos around the Hall of Justice, mutants, and the rest of Mega-City One in general. The stories are there, it’s just a matter of whether or not Lionsgate will make a sequel. I hope they do, and I know others do too given the Dredd sequel campaign.

Dredd is has become a cult hit and I think it really needs a sequel (or two). The simple plot allows for a tight focus on the major characters. Although the violence is over-the-top, when it’s combined with the slow-motion effects, they become hypnotically beautiful sequences. I really hope its cult status gets noticed by the people that can make a follow-up film happen, because I don’t think there are many movies that I actively hope for a sequel for more than Dredd. 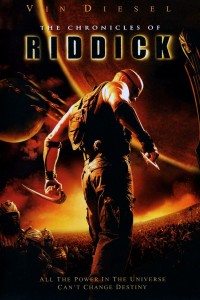 Synopsis
After hiding for five years after the events of Pitch Black, mercenaries chase Riddick to Helion Prime. There, he reunites with Imam (Keith David) who tells Riddick about the invading Necromongers. He agrees to help fend off the invaders after the leader of the “elementals” of Helion, Aereon (Judi Dench), pleas for help.

Review
I didn’t really care for Pitch Black, but I did like the character of Riddick, so I was excited to see if his follow up film engaged me better than his debut. Much to my satisfaction, The Chronicles of Riddick is an improvement from its predecessor, and is much closer to my science fiction tastes.

One major distinction between the first two Riddick movies is the type of sci-fi film they are. Pitch Black is a B-level horror-survival film that has a cult following, but never really clicked for me, whereas Chronicles moves more towards the fantastical elements of sci-fi, more towards my inclination. The fantasy element is pretty prevalent throughout the film. Aereon is a wind elemental, so she can float around like a wisp. Then the leader of the Necromongers, the Lord Marshall (Colm Feore), can grab peoples souls. It’s and interesting blend of the sci-fi and fantasy genres.

The other main difference between Chronicles and Pitch Black is Chronicles actually has somewhat of a storyline. This film has Riddick working towards something tangible, rather than just surviving like in the first movie. In Chronicles, Riddick has two enemies to face: Toombs (Nick Chinlund), a mercenary also seen in the short Dark Fury, and the Necromongers, a warrior race determined to wipe out humanity. Normally, I would complain about no central villain, therefore losing focus on both parties, but the Director’s Cut’s 135 minute run time gives both villains enough screen time and doesn’t feel rushed or clustered.

Also, there is an added sub-plot about Riddick’s past and the fate of his home planet of Furya. It doesn’t really add much to the film itself, but I enjoyed these little tid-bits because it fleshed out his character more.

There is a diverse range of locations throughout the course of the movie, and the sets all look amazing. There are several starship interiors, the surface of a sun-scorched planet, cities, and Necromonger rooms, but my favorite was the prison Riddick was sent to after being captured. It was very reminiscent of the Alien films. Very well done.

As cool as the fantasy elements were, I think they also hurt the film the most. Pitch Black established the Riddick universe as a more grounded sci-fi, and although I applaud them for trying something different in Chronicles, it contradicts the tone established in the first movie. It also made for some weird plot devices (Surrounded by enemies? All of a sudden Riddick can shoot energy waves from his body.  Sure, why not?). They could have still done something different, yet maintain the mood of the Pitch Black.

Riddick is as bad-ass as ever, and Chronicles explores the character’s past, further fleshing him out. With alluring set design, energetic fight scenes, and a blending of science-fiction and fantasy, Chronicles of Riddick may not be the perfect sci-fi movie, but it’s a fun experience nonetheless.