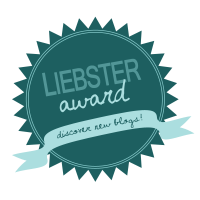 A huge ‘Thank you’ to That Other Critic for this nomination.  I’ve only recently started following him but we have become good blogging friends.  If you don’t follow him yet, please go check out his site (after finishing this article of course).  He writes some great in-depth movie reviews that are a delight to read. The rules for the Liebster Award this time around are as follows:

Before I get into the nitty-gritty, I would just like to mention that this is the fastest turn around I have done on an award, so I hope you feel special Critic. I guess it helps that I was on vacation this week. Anyway, here are the questions posed by Critic and my answers:

Now here are a few random facts about me:

Here are my nominees:

Finally, my questions for my nominees:

Thanks again to That Other Critic for the nomination and I can’t wait to see what my nominees come up with!

14 thoughts on “A Gift From That Other Critic: The Liebster Award”